April EF Lottery | Ford Explorer - Ford Ranger Forums - Serious Explorations
Menu
Log in
Register
Install the app
You are using an out of date browser. It may not display this or other websites correctly.
You should upgrade or use an alternative browser.

For the month of April, the EF Lottery theme will be "First Ride". For a chance to win a free one year Elite Membership, submit media of your first vehicle. This does not have to be a car/truck. Can be the vehicle that you learned to drive, etc.

Ending and drawing date is on or about April 29th. (Note: I will be traveling this weekend)

Goal: To encourage members of the Explorer Forum to submit a photo and/or vid, or written story in accordance with the theme and award one member with an one year elite membership.

Only one submission to be entered into the drawing per member. Submission can contain multiable pics and or video(s) and/or links to pics/vids. Members are encouraged to post positive feedback.
HELL YES I'M AN AMERICAN. I HAVE SERVED MY COUNTRY, NOW I AM GOING TO SEE THIS LAND!!!

My First ride I had was a 2wheel driver 1985 Ford Ranger 2.3 4 banger 5 speed. She had the short bed and standard cab. She was Red on Red. I was young and lowered her to the ground By taking springs out in the rear and heated the springs in the front. Yes my front wheels were looking like a pyramid. It was great and I missed her. I will have to hunt down a picture of her. She was wrecked by a guy running a Stop sign and hitting me. I rolled her. Missed her and is now why I have an Explorer.
My Garage:

Of course my entry will not be considered in the contest, but these are photos of my first ride.
It was a 1972 Dodge Dart that I got from my Grandma in 1978 with just 18,000 miles on the odometer. My 1st ride (wish I held on to it!) was a 1968 Mustang Convertible in Seafoam Green with a 289. Had it in high school until I went in the Air Force in the '70s. I loved riding with the top down, even in the New York winter - I did have to dress really warm in my ski gear on those days... Was part of a club in high school that had a few military surplus vehicles. The MW was one of them. Even at 15 years old, the foot well was incredibly cramped and the pedals were tiny! Great intro to learning how a clutch works too, although I messed up more than a few times there!

Also had a Bedford OY - Google Image Result for https://ccmv.aecsouthall.co.uk/img/s/v-3/p801622552-3.jpg - but I never drove it. When I came in, the engine was still being rebuilt, and it was up and running just before I left.

And we also had ferret armoured scout cars (mk1 and mk2) - Ferret armoured car - Wikipedia - as well as an alvis saracen - Alvis Saracen - Wikipedia - both of which I learned on. The steering wheel on those was at 45 degree angle away from you, which was odd if you were used to otherwise, but seeing as I wasn't it was great! Changing gears was also real easy, literally as simple as stepping on a pedal.

We had to fuel up saracen a few times, and it was great fun standing in the 3rd gunner position, with the theme song to 'where eagles dare' going in my headphones.

Fun story, after one of our semi annual field trips, I was in the back with one of my friends on the way home, while it was being driven by one of the alumni. It'd been raining heavily all day and we had the Discovery on a trailer behind the 101. Now, we of course, had to go through some narrow side roads where grip was optional. And this was where I first saw what a fishtail was. Mind you, the only safety equipment we had was how hard we could hold on to the frame of the truck, while the trailer was swinging back and forth behind us and starting to drag the 101 with it. At the time I didn't think much of it, seemed more amusing than anything, but when we were unloading, I overheard the driver talk about how he nearly crapped his pants at losing control and was worried my friend and I would be thrown and turned into mush. Lucky for us, he was quite skilled, and didn't touch the brake pedal, only engine braked and stayed on the road.

Wow that was longer than I anticipated, but hey, so those were my first rides. First motored thing I ever drove. I probably put 10,000 miles on it.

I had one just like that one no shocks it was so much fun Yamaha moto4 250
99 explorer xlt v6 supercharged...... Supercharger install .....
The fourth little pig's house was made of wolf skulls. They aren't very sturdy, but they send a message.
Don s...

donalds said:
I had one just like that one no shocks it was so much fun Yamaha moto4 250
Click to expand...

It’s how I learned how to be a mechanic. My grandfather (hero) got me a factory service manual and told me he’d buy all the parts I ever needed, as long as I followed the book and put them on myself. First rebuilt motor. And carb,differential, and many other things.
2018 Kia Forte - Commuter and MPG killer.
1998 Mounty 5.0 AWD 31” TAKO's Superwinch. Rust free. Semi-retired.
1998 Mounty 5.0 AWD. Lifted, plow, bags. Retired.
1999 KTM 300exc RaceTech, Rekluse, single track killer

My first car was a Lincoln Mark 7. I got it from my mom when she bought the Buick Regal in the picture. I loved that car. Blew the doors off many a ricer in highschool. All mustang GT underneath and Lincoln style on top. I wish I never would have sold it.

My first Explorer was also the first vehicle I bought. Looks so good, double photo saved me from scrolling back up to admire it.

RhinoQuartz said:
Looks so good, double photo saved me from scrolling back up to admire it.
Click to expand...

Outside bicycles and pedal cars, the car that I actually learned to drive was a 1973 Mercury Marquis. I had some brief times behind the wheel in a 1968 Chrysler New Yorker but the Mercury yacht was my learner permit car. Ugh, trying to parallel dock this beast to get my license. 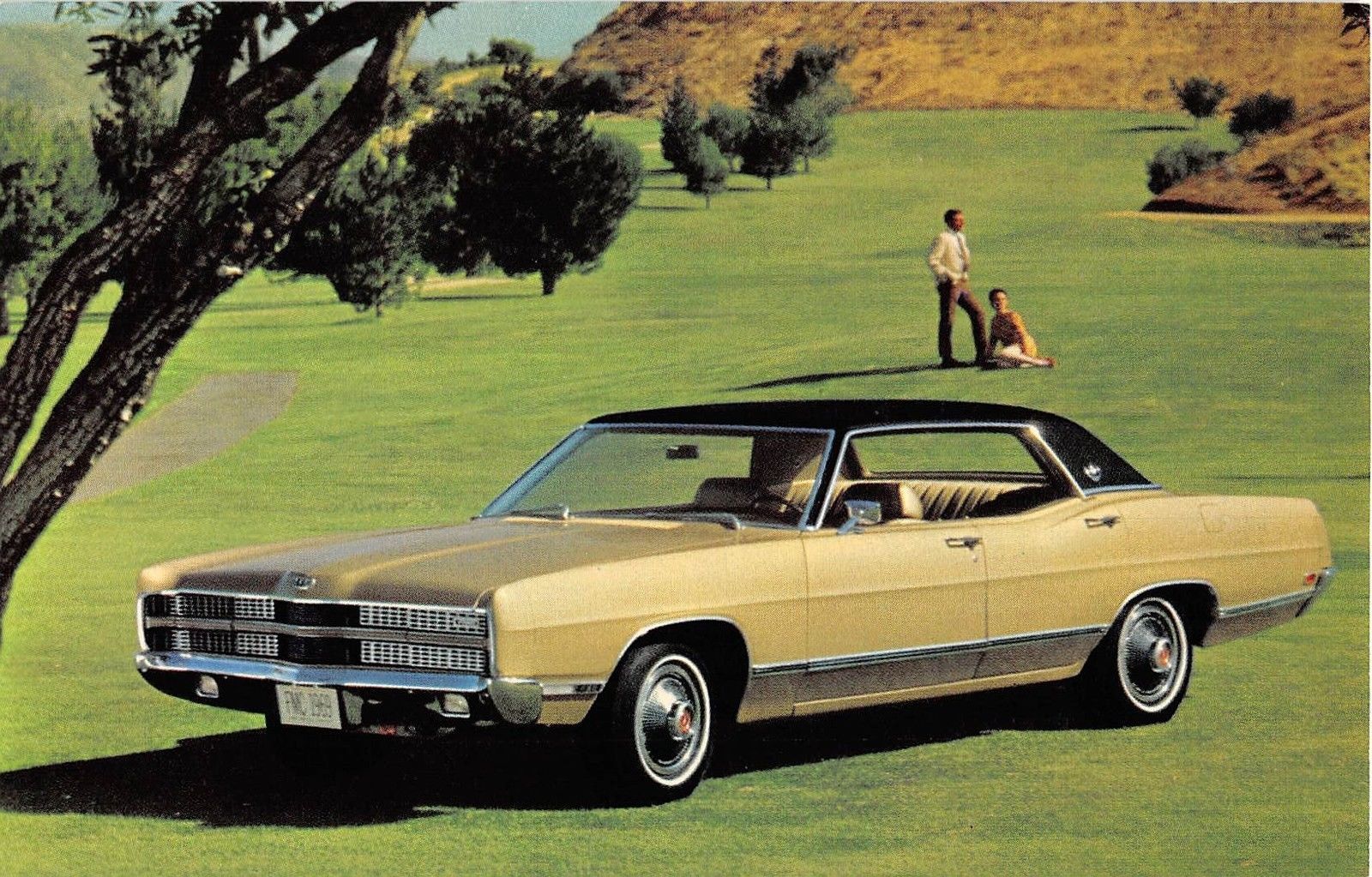 Fittingly enough, the thing I drove legally with my permit was a First Gen 5 Speed Sport. I got my permit and told my mom I wanted to drive home. She said we’d have to go out into the country so she could show me how to drive a clutch. To her surprise, I told her I had been driving stick for years.

She was impressed with my use of the clutch, but not so much how little space I left when merging in and out of traffic. Apparently, driving in leisurely traffic is different than on a motocross track.

At the time we were a proper Ford family. Had the First Gen Sport, a Step Side F-150 300 in-line, and grandma was driving an early Tempo. My field truck/log skidder was even a full size Bronco on 35s.

My first ride was my 1993 Explorer, still driving it daily, it has always impressed me with its of road capabilities. Exploring XLT said:
My first ride was my 1993 Explorer, still driving it daily, it has always impressed me with its of road capabilities.
View attachment 169724
Click to expand...

Thanks I love it too. My interior is gray with a black steering wheel. It was 1986, I lived in a small town in So. Cal named Yucaipa. Roads then were minimal. If you know the area, there were many large land mass areas of Orange groves.

My Dad had a 1964 Chevy truck I bought from the original owner, from Wesloh Chevrolet in Carlsbad, CA. It was original to every bolt on it and in super condition, with a nice aluminum styled, form fitted, camper shell. It had 327 SBC V8 and 3 on the tree.

One of the days I was learning to use the clutch, we had to stop at an intersection that was on a slight hill. Behind us crept up a brand new Cadillac. I went to transition my foot from the brake to the clutch and the truck started to roll back - all I could hear was my Dad screaming..."Give it gas, Give it gas!!!" LOL

Shortly there after, i bought my first car...it was an oil burner
1976 Honda CVCC 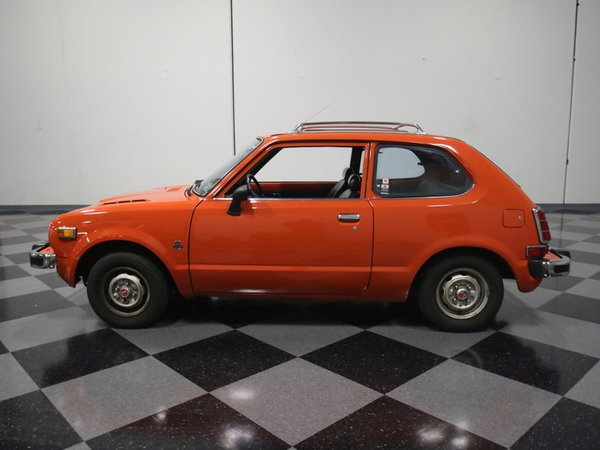 I washed dishes, bussed tables and mopped floors (at $1.65/hour minimum wage) to earn the $70 to buy my first car - a 1963 Ford Fairlane station wagon. I was 18 and it was my freedom machine. I bought oil by the gallon ‘cos it burned it so fast, you could see the roadway through the rusted out floorboards, I put heavy cardboard on the seats so you didn’t get poked by the springs and the passenger window was another piece of cardboard. My friend’s brave father drove with me to California DMV so I could get a drivers license. The DMV tester signed off without me doing a driving test because he was afraid to ride in my car! One month later (with a new battery, two recaps, plus one speeding ticket - it would actually go 80 mph) I sold it for $70 and went off to the Navy (and ended up buying my Norton Commando motorcycle which I still have).
[Not for consideration]
David K - Sacramento, CA
'93 Green Explorer Limited 4WD A4LD - 114K
'93 Red Explorer XLT 4WD, 5 spd - 260K - 1997-2020 Gone but not forgotten...
'72 Norton 750 Commando (bought new)