Bluetooth Audio Controls (another pointless project!) | Ford Explorer - Ford Ranger Forums - Serious Explorations
Menu
Log in
Register
Install the app
You are using an out of date browser. It may not display this or other websites correctly.
You should upgrade or use an alternative browser.

Hey everyone, over the years I've had my Explorer I've made an effort to try and "improve" some of its stereo capabilities while also giving myself a fun project to tinker around with. First it was getting the OEM subwoofer installed, then it was getting the original radio to accept an audio input (which ultimately is Bluetooth from my phone) and the most recent addition was last summer when I toyed around with an aftermarket DVD player that the previous owner installed and turned it into a functional backup camera screen.

Well, today I am back again with yet another totally useless project that is not worth the time, money, or effort---but hey if I have fun what the hell, right?

Anywho, as I said my Explorer is currently capable of playing audio from my phone via Bluetooth. Trouble is there are no controls from the stereo back to the phone---if I want to skip a track, I have to grab the phone, unlock the phone, open the music app if it wasn't already opened, and then change the music. This is a bit inconvenient and honestly a bit of a safety concern since I'm giving some of my attention to my phone instead of to driving.

I was going to pick up one of those Bluetooth music remotes they make for cars and bikes/motorcyles. It's cheap and convenient and should work fine. Buuuut that's no fun, so I am going to go a step further. 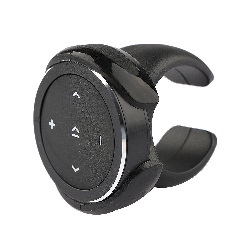 My Explorer is only the XLT trim and one of the options it was missing was the fancy info controls near the center console. I have a blank set of 3 switches (it's identical to the 4x4 switches if you're familiar with those). Simply put, the real missing switch is near impossible to add without rewiring the entire truck--so that's out of the question. 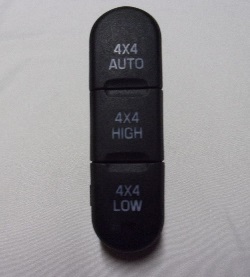 Anyway, the plan is to get the bluetooth remote, take it apart and figure out how the contacts work for the switches, and then wire them into the 4x4 switch buttons. The 4x4 switches are mechanical so I'm hoping it's a matter of finding out which pin is for which button and then I can just wire 1 button for play/pause, and other 2 for next/previous track.

And if all this doesn't work out, I am out about $25 in total and I get a weekend to screw around and have some fun taking stuff apart. As a total side note (congratz if you read everything up until here!) I would like to take the ink labeling off the 4x4 buttons I'll be messing with. I'd rather have them be blank than have fake 4x4 info painted on. I know the time and tested grease from your finger seems to take the ink off over years and years, but is there a convenient way to clean off those labels that won't destroy or discolor the plastic?

I will get the switch here soon (if the rain ever stops around here and I can go to the junkyard one of these days) but the Bluetooth remote will probably be a short while since it's coming from China. So stay tuned! I'll update more pictures and progress as we go.
<

Back again today with 1/2 of an update on the project. I was able to get a 4x4 switch today from a junkyard but I'm still waiting on the Bluetooth remote. The 4x4 switches disassemble very easy, 4 screws and the circuit board and plastic backplate disconnect from the main buttons. My original plan was to try and solder wires to the long leads coming out of the connector, but my testing showed that out of all 6 pins, pin 2 and 3 (or 4 and 5, never did find a real pinout of the switch) are the only ones connected to any of the 3 buttons. Funny enough all 3 buttons do show a different resistance rating, so I guess that's how the main computer in the truck tells which button is pressed. Neat! 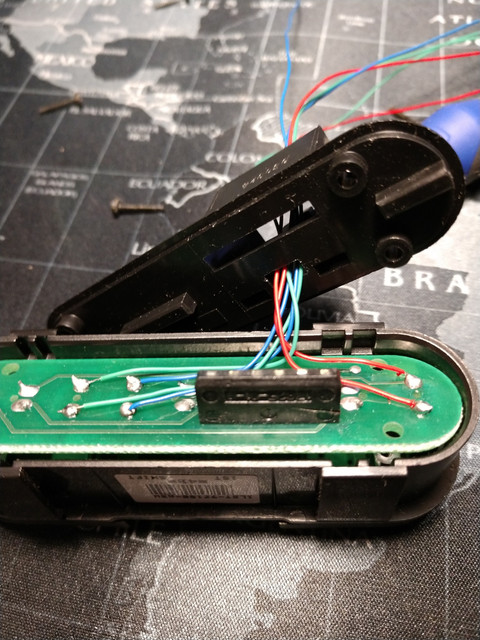 Anyway, I wanted all the buttons to be separate from one another--so using the pins on the connector are not an option. Good news is the buttons themselves are regular old mechanical switches and it was blissfully easy to solder wires to the back of them. This also ensures there are not any resistors or other light circuitry that will come between the Bluetooth remote's power and the mechanical buttons.

While I wait another day or two for the remote to arrive, I have turned my attention to getting the label off the buttons. The bad news is I forgot the 4x4 switch has LED's in it which means the labeling on the buttons is not actually just painted on. I am not going to sand tons of the plastic down to be sure, but it seems the white labeling is actually injected molded alongside the black plastic. Removing the labeling isn't going to work, so I have to cover it up instead. I have a spare set of blank switch covers (this is the one I always considered making into an aux jack) so I am going to try and spray painting the blank switch cover black and seeing how it looks. If it looks good, I will paint the real switches. 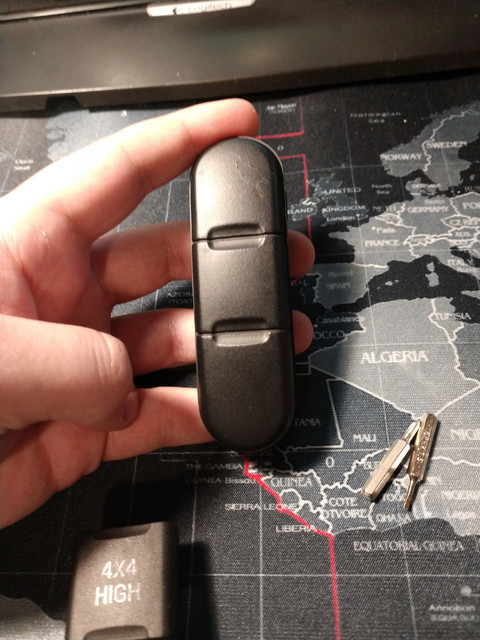 I am thinking tomorrow I may experiment with the black spray paint and hopefully should get the Bluetooth remote in the mail. Honestly, it will probably be another week before I get to really mess with this stuff again but I think one more solid afternoon of working on it and we should be in pretty good shape.

C
2010 Explorer with sync - how to have default sync mode be bluetooth and not line-in?