There is a loud humming form my airbox when i am not giving it gas. I have a drop in k&n but other than that the engine is stock. It is a 95 4.0 Any Ideas?
95 explorer xlt black
lots of mods
http://albums.photopoint.com/j/AlbumIndex?u=1606912&shownewphotos=true

how do i fix that/ find it?
95 explorer xlt black
lots of mods
http://albums.photopoint.com/j/AlbumIndex?u=1606912&shownewphotos=true

My K&N drop in does the same thing... but not all the time. It seems to me that the filter is not seating perfectly and allowing air to rush past the filter, creating a hum. Normally, I goose the gas pedal a couple times and it usually stops.

Normally, something like this would drive me nuts, but I am waiting for my FIPK to arrive.

Yeah that is what mine is doing the humming is from the air filter. I have takin it out probably 10 times now and try reseating it but the thing still hums. It started out only doing it on occation but now it does it almost every time i drive it.
95 explorer xlt black
lots of mods
http://albums.photopoint.com/j/AlbumIndex?u=1606912&shownewphotos=true

Try cleaning your Idle Air Control Valve or get a new one. If you do searches on this problem, the IAC seems to be the culprit although it seems as if it is coming from the air filter area.
Preston
1998 Ford Explorer Sport OHV 2WD ----http://www.explorerforum.com/forums/showthread.php?s=&threadid=50968
1979 Chevrolet Camaro Z28----http://www.explorerforum.com/forums/showthread.php?s=&threadid=50255
2002 BMW 745Li
1998 Chevrolet Suburban 1500
2002 Volkswagen Jetta GLS

I dunno.... The sound comes directly from the filter housing. It's so loud, you can feel the airbox humming. Mine has only done this about 5 or 7 times, and usually when the X is cold or has been shut off for at least 2 hours.

Well my X is going to the dealer tomorrow for some IFS work among other things, including the humming sound which I'm getting too. I will let you know what they say.
Preston
1998 Ford Explorer Sport OHV 2WD ----http://www.explorerforum.com/forums/showthread.php?s=&threadid=50968
1979 Chevrolet Camaro Z28----http://www.explorerforum.com/forums/showthread.php?s=&threadid=50255
2002 BMW 745Li
1998 Chevrolet Suburban 1500
2002 Volkswagen Jetta GLS

My K&N filter hum will be solved by the end of the week... My K&N FIPK should be here tomorrow according to UPS!! In this case, cutting off the head is indeed the way to cure this headache!

I'll let you know how it runs after I install it, and I'll snap some pics, too.

The Xplorer U Luv to H8

I'm 99% sure it's the IAC. I was skeptical myself, but took it out, cleaned it and the two little filters under the cap, put it back in, started the X, and WALAH....the sound was gone. Cleaning it is very temporary...mine lasted another two days....but at least I know what the culprit is.

Jeff....it really seems to hum louder on the days when it's hotter/more humid.

Try this ... disconnect the IACV electrical harness when this occurs and see if it stops. My engine runs much smoother and quiter with the IACV disconnected, mostly because my IACV is shot and the plunger is constantly part-open.

I never understood why they didn't just drill a hole in the throttle plate for idle. The volatage to the IACV doesn't vary as far as I can tell ... it's either on or off. Also, the harness only has two wires ... meaning there is no return signal, so it's not an intellignet system. So, why have it???

One train of thought is for off pedal emissions. When the car goes from full throttle to no throttle, a rich condition temporarily exists in the engine. With the IACV there, this can be controlled by allowing the IACV to introduce more air in this situation, thus lowing emissions.

I will attempt to remedy the problem in the coming weeks with a "home brew" solution and will keep everyone updated. BTW, with the engine running, unplugging the IACV will not throw a CEL ... I have yet to start the engine with it unplugged to check. I hope that my research this week will answer this an many other questions.

Trevor, DO keep us updated on that. My 2 Fords, Ex and Ranger, have had to have BOTH of the IACs replaced. The Ex sounded like a shop-vac on wheels, ALOT louder than a hum. The Ranger just wouldn't idle, died several times over the peroid on 2 days....NOT SAFE.
Your logic is sound. BTW, neither bad IAC caused a CEL at any time.
OH, when I purchased both IACs, the dealer said 'cross reference part number' (not a good sign). Then new one was a MUCH improved construction, kinda like the sway bar links...hhmmmm.

"Don't think it won't happen just because it hasn't happened yet"

Well before I even finished telling the lady about the humming she said I needed a new IAC and that they get that problem at least once a week from someone, so they are going to replace that.
Preston
1998 Ford Explorer Sport OHV 2WD ----http://www.explorerforum.com/forums/showthread.php?s=&threadid=50968
1979 Chevrolet Camaro Z28----http://www.explorerforum.com/forums/showthread.php?s=&threadid=50255
2002 BMW 745Li
1998 Chevrolet Suburban 1500
2002 Volkswagen Jetta GLS

I have a K&N FIPK on my '95 XLT and I have the same problem. The description of the problem as a "shop-vac on wheels" is exactly correct. It gets REAL loud sometimes. I also notice that it almost exclusively occurs on days that it is hot/more humid. Now how are you saying that I can fix this problem???
Sean
1995 XLT 4.0L V6 OHV automatic 4dr 4WD

Replace the IACV ... what I am saying is that the IACV may not be needed. Instead, I am working on a bypass tube that would be open all the time. Only down side would be "throttle hang" do to the extra air between shifts with the Manual tranny. To see what I mean, when it's howling away, pop the hood and unplug the IACV and see what happens ... it gets earily quite and the engine continues to run. It may stumble every now and then and may even die, but mine ran fine for 5 minutes with the IACV unplugged. The bypass will be an open eliment where there is no plunger/valve. The incoming air passing over a slightly open vavle is what is causing this noise ... think of how your lips configure to make a wistle ... no different.
02' Mercury Mountaineer - Premium V8 AWD
93' Ford E350 - Quigley 4x4 on 35's
97' Explorer XLT V8 AWD - Sold to roberthansen
96' Explorer Sport - Sold to AspenX

How much is a new one going to cost?
95 explorer xlt black
lots of mods
http://albums.photopoint.com/j/AlbumIndex?u=1606912&shownewphotos=true

The Xplorer U Luv to H8

I installed my K&N FIPK today: 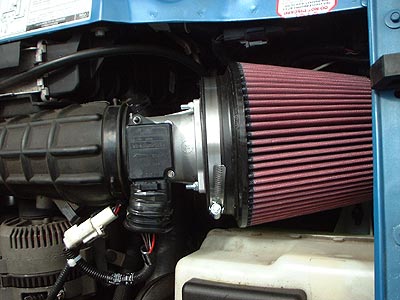 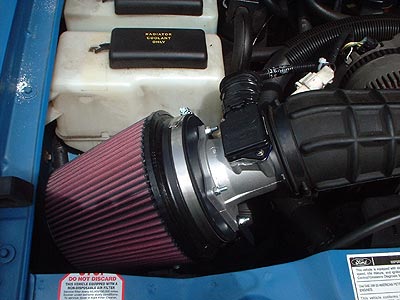