The History of the First Ford Explorer - by Derek Elliot former Ford engineer | Ford Explorer - Ford Ranger Forums - Serious Explorations
Menu
Log in
Register
Install the app
You are using an out of date browser. It may not display this or other websites correctly.
You should upgrade or use an alternative browser. 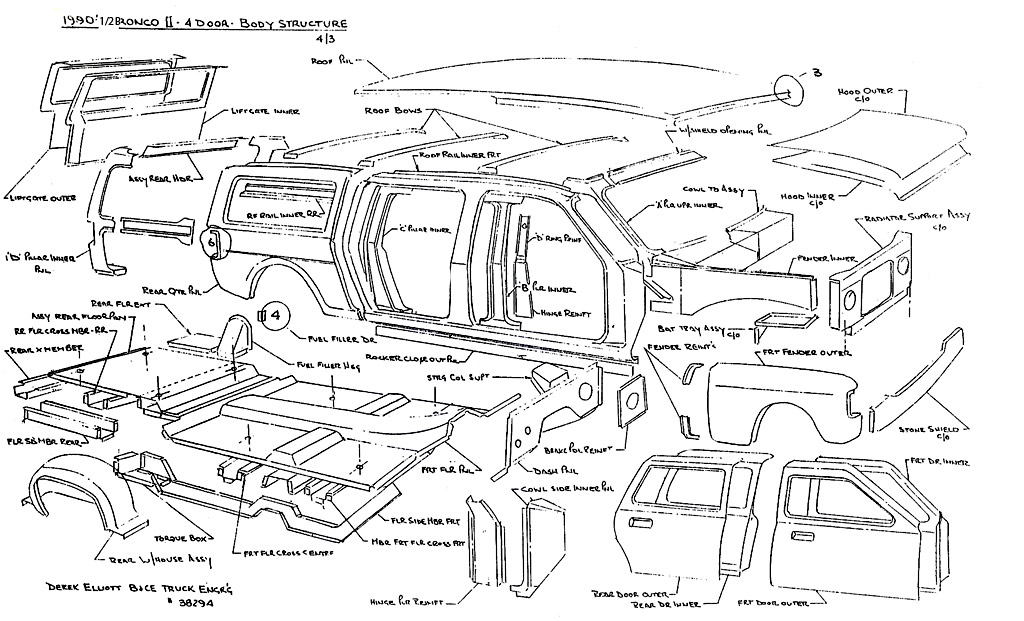 The UN46 project started in 1986 with two engineers and one product planner.

Cool great info this is probably ONE of the best places to share this information
99 explorer xlt v6 supercharged...... Supercharger install .....
Don s...

THIS IS COOL AS CRAP!! Should be a sticky so its never lost

Wish I could find similar info for the Ranger and BII back in 1982-83
Recently found a 1983 Ranger was built only 2 months after production started. I keep hoping someday to find something rare like Bronco II #1 or Ranger #1, or explorer number 1!!!!!!!!!

This is cool. It would be neat to see pictures of the explorer clay models and the concept artworks for this project. I have a history of Ford book that basically goes from Henry's kitchen countertop engine through 1989-90. It references the explorer being in development and has a picture of a production EB 4 door and the 2 door beach concept vehicle, but was published just before the release of the vehicle. The book has pictures of Ford artists making life sized clay model vehicles back into the 40s and 50s.

I had no idea the program started so early. But it makes sense considering the update of the ranger/B2 sheet metal and dash in 88. 2 years development and implementation is probably about right for a facelift, and another 2 for development of a whole vehicle. I had heard that the "explorer" name was assigned at nearly the last second. To that point, it was the next Bronco 2. I remember a news bit where they referenced "the new bronco 2, 4 door" and showed a clip of the prototype in testing. Kinda like today, when you see sneaks of the camo' ed up pre-production models out running around.

410Fortune said:
Feel the sting!!!
Knowing your daddy is the bronco 2 has to leave a mark
Click to expand... O
Ford suspends shipping of some SUVs and trucks