What did you do to your Ex/Mounty/RBV today?

Salvage yards. Always an adventure! I know your pain toypaseo.

I did this today. Front TTB diff removal for a re-gear.

On Friday, I received a piece of film from NuShield that I applied to the face of my aftermarket head unit. It's supposed to make the radio's display visible in direct sunlight. As it stands now, these aftermarket displays seem to wash out when the sun is shining on them. I haven't had an opportunity to see it in action since putting it on though as we've had nothing but miserable rainy weather since earlier this week. I think it's supposed to clear up tomorrow so maybe I'll get to check it out then.

I also picked up a jug of oil and a filter on Friday to get ready to change it's oil. It's actually a bit past due now but again, the weather hasn't been very cooperative. Hoping to knock it out this week after work one day.

I'm still waiting to get my one rear door speaker working again as well. I'm gonna need to splice up some new ends for it.

Oh...and I gotta tackle the vent door mode issue. The arm of that broke so I'm gonna rig something up to get it working again. I've only got air coming out the vents and dash no matter which position. The actuator is working fine.

I just did an oil change and got the rear door speaker working.

Put a new clutch in last weekend, forgot to post about it.

Replaced front sway bar links and bushings, replaced a reverse sensor that malfunctioned, swapped out my explorer gauge cluster for mountaineer cluster, coolant drain/refill, power steering drain/refill. Replaced front calipers and finished up some wiring integegrating my stock radio hidden behind my tablet and wired to a alpine ktp-445 to retain radio and steering wheel controls. Tomorrow will be a full day of junkyard scavaging

Oh how I love to prep for paint 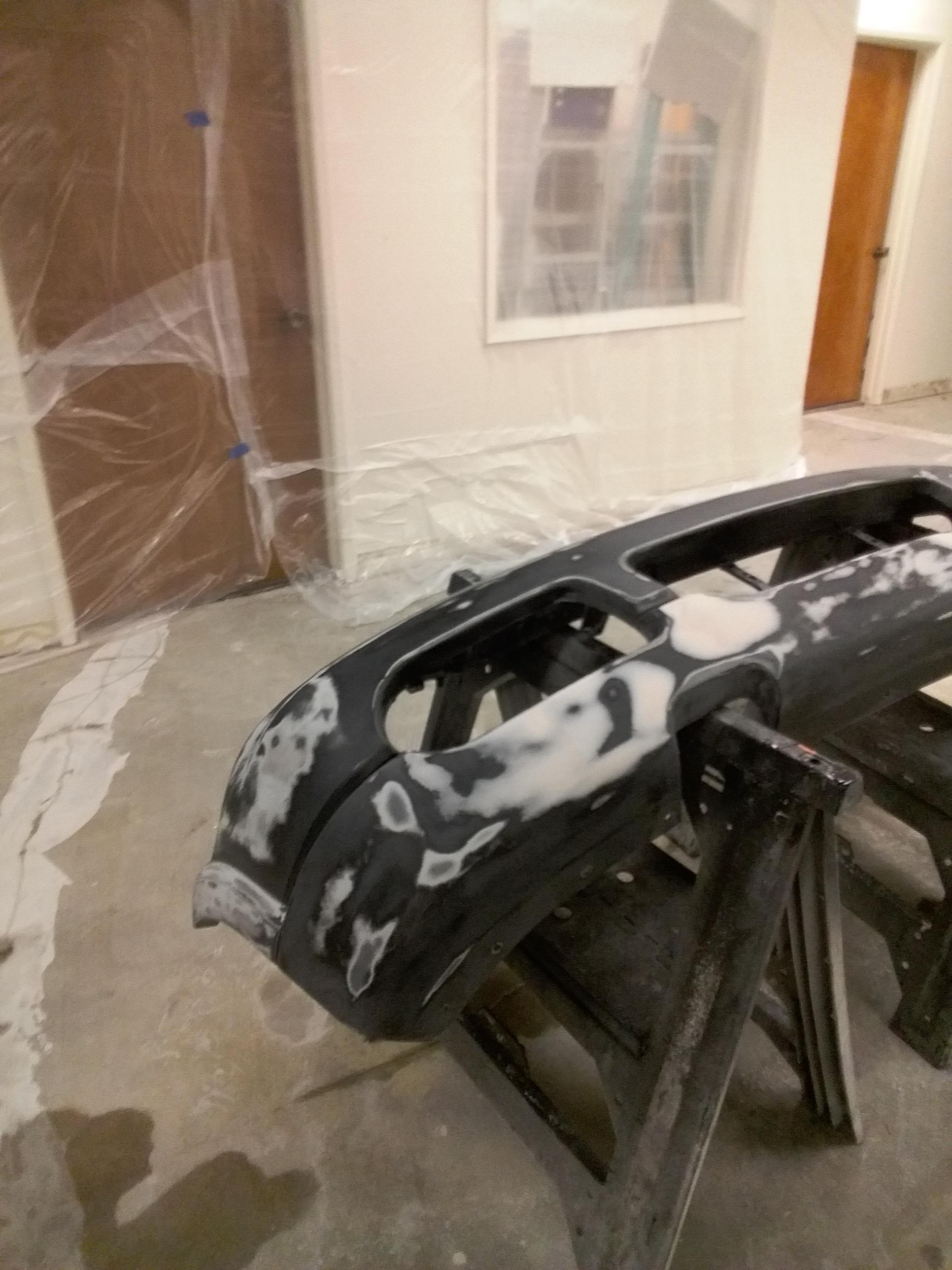 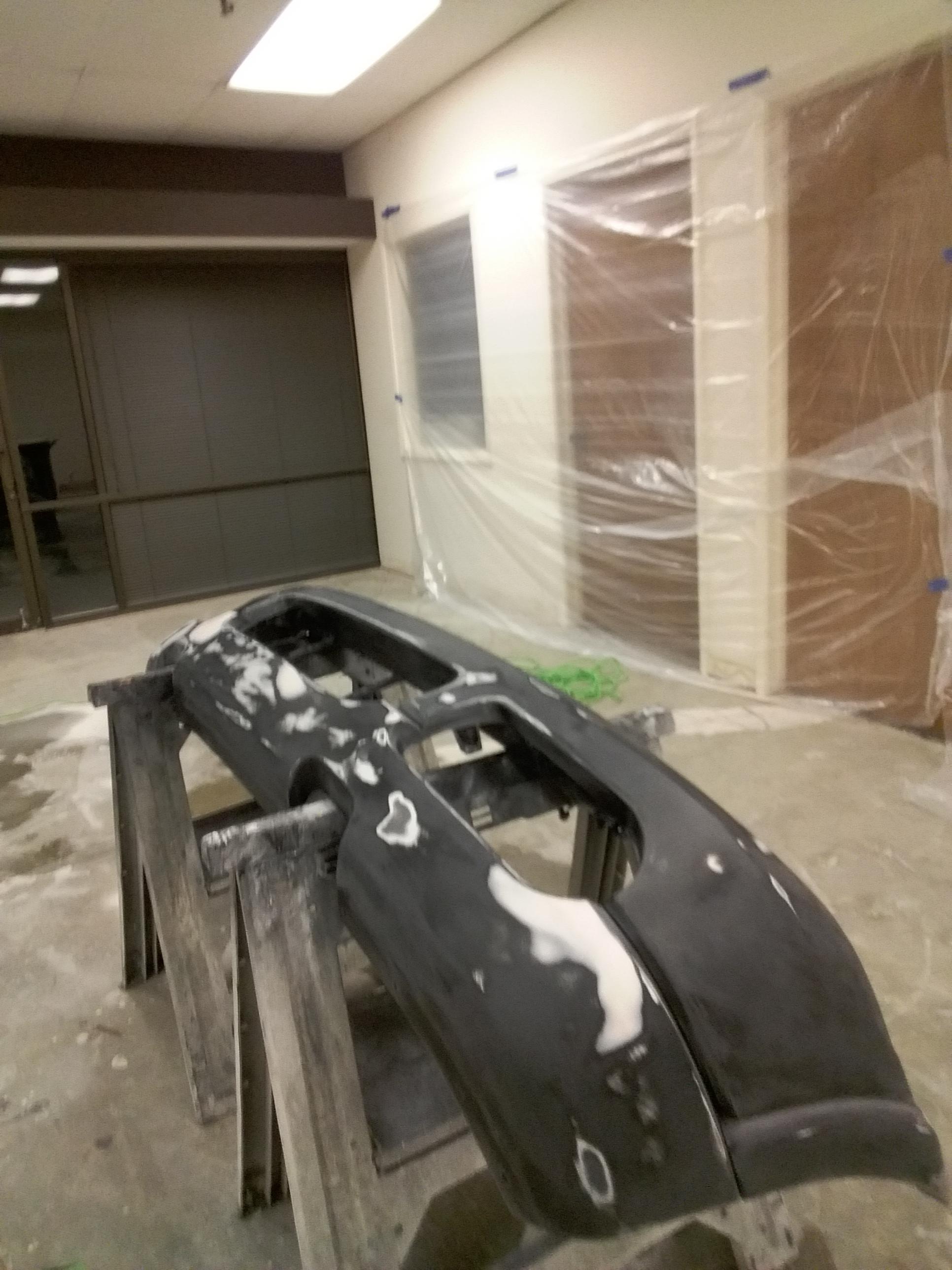 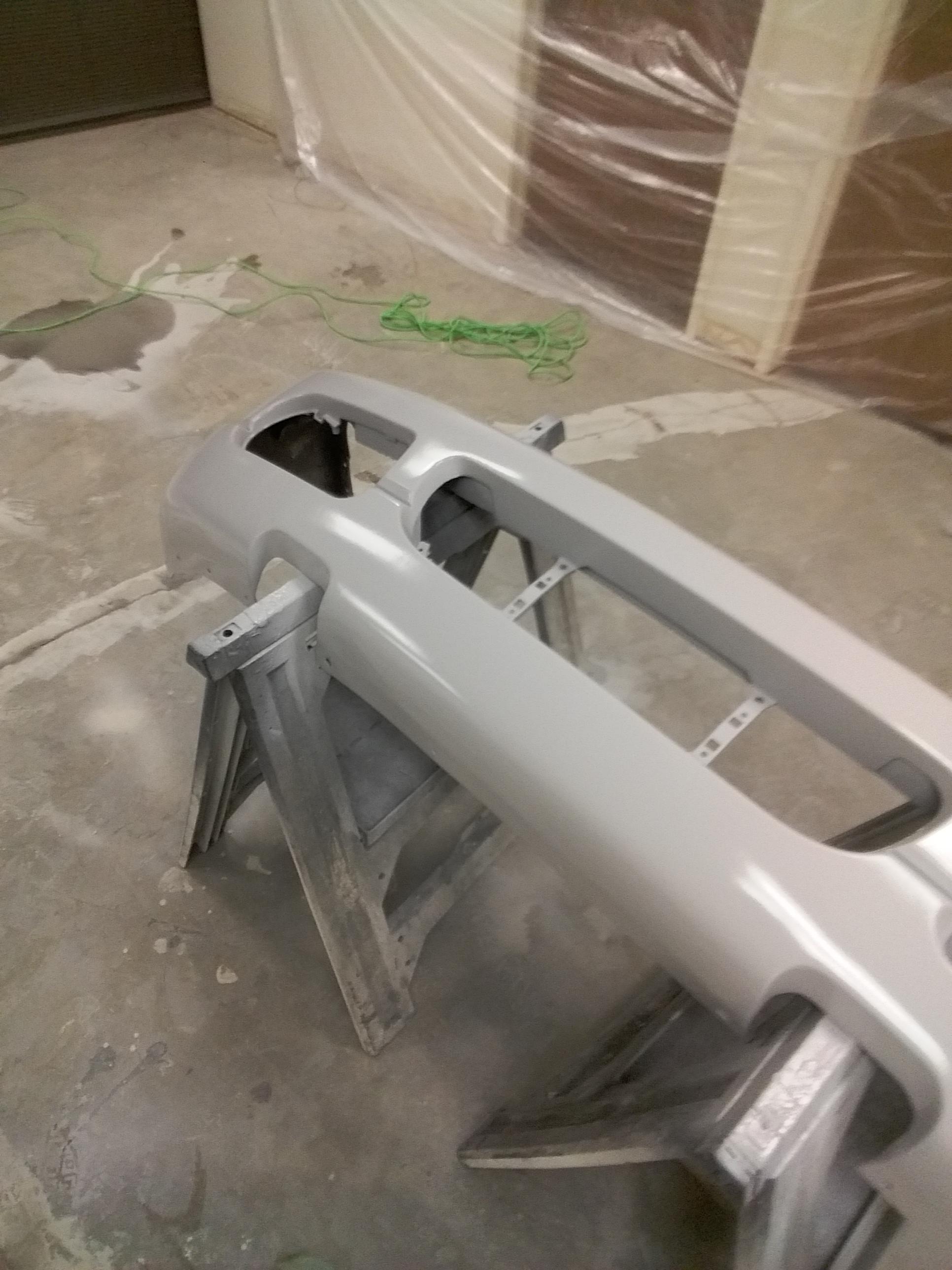 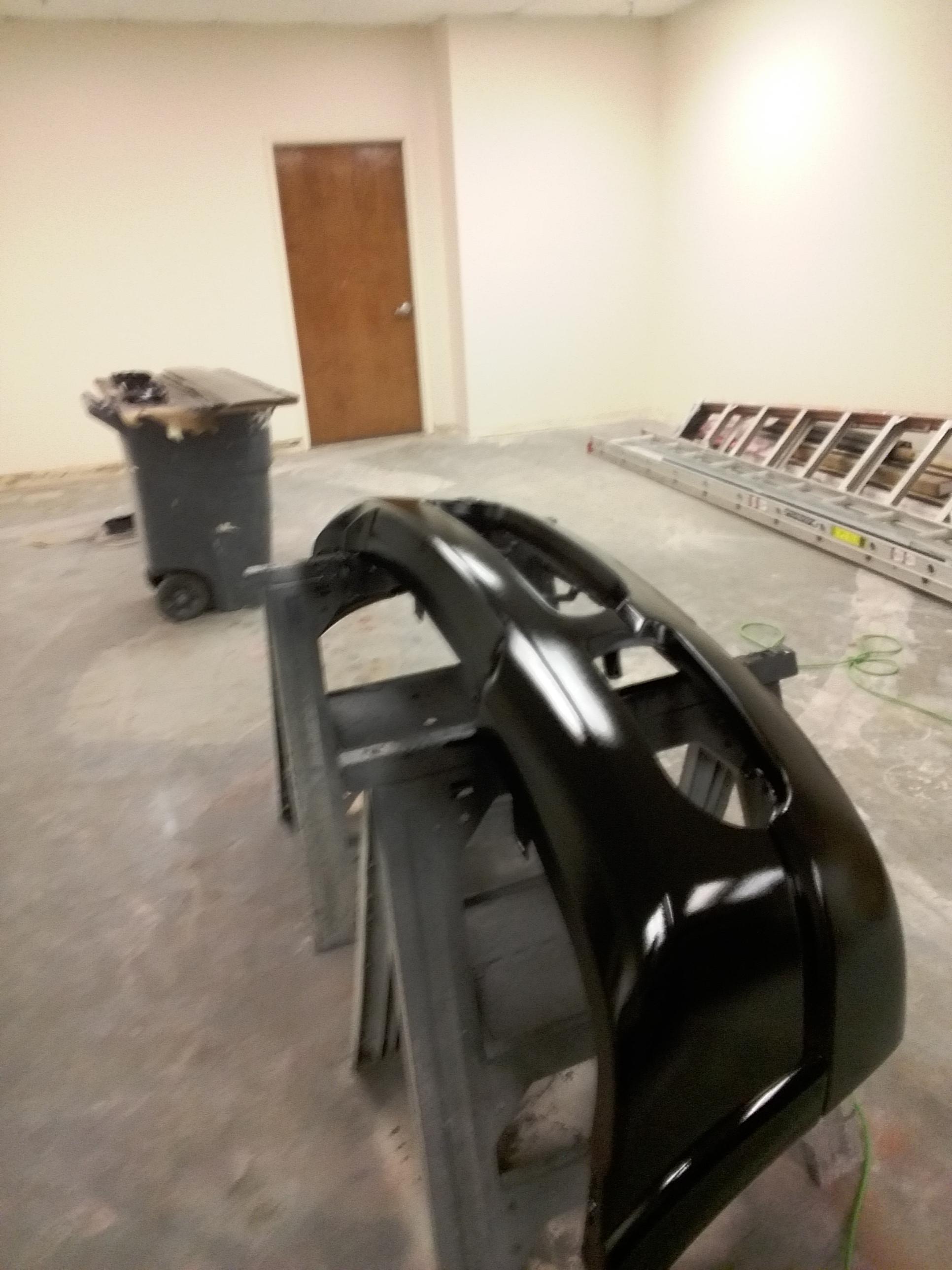 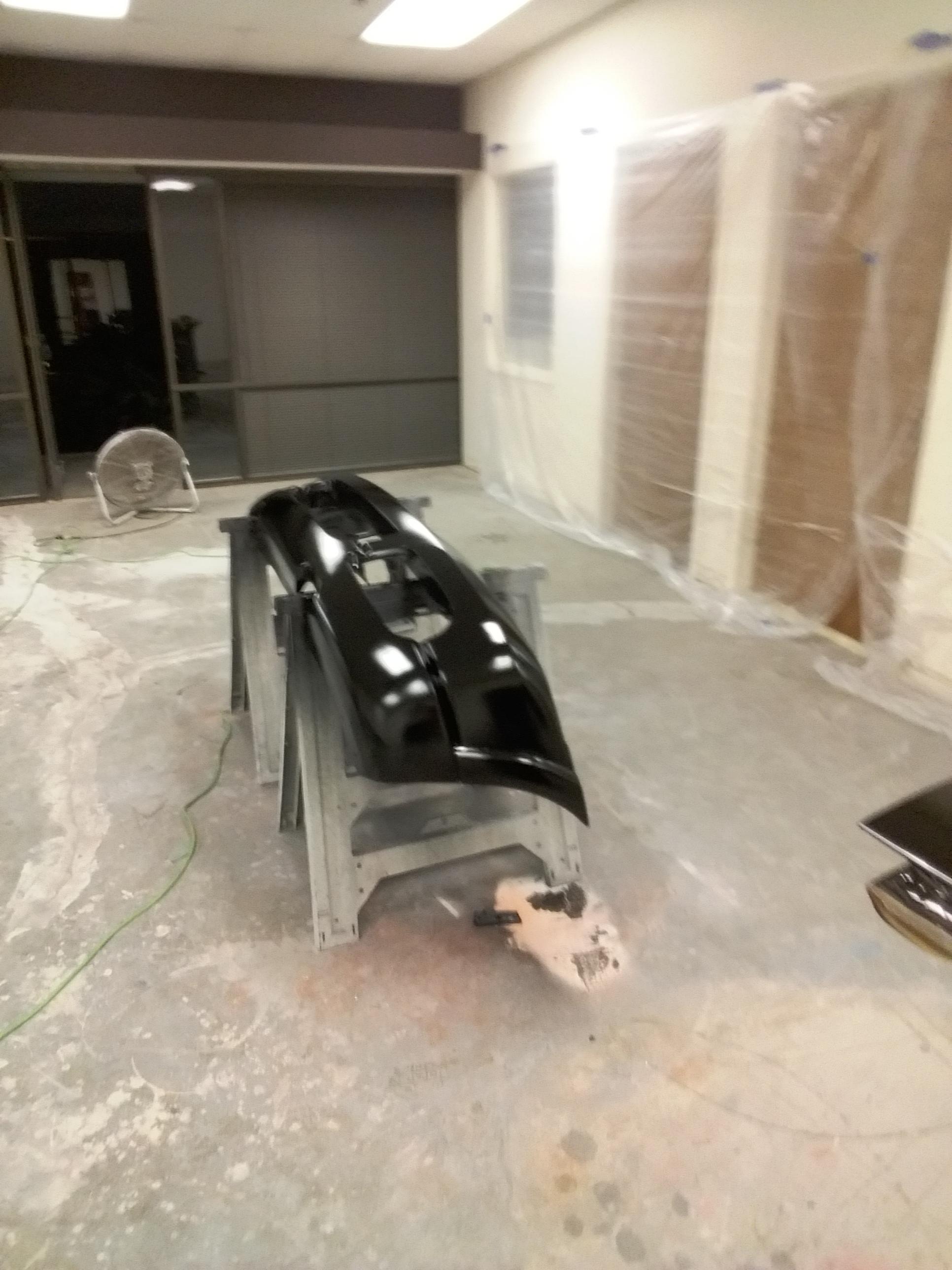 Did an oil/filter change this morning.
Replaced the front sway bar bushings. The ones that were on it were destroyed.
Replaced with a pair of blue Moog replacements.

So I retired Ol' Blue my 99 Mounty a couple of weeks ago. Traded up to a 08 Mounty. 117k but is in good shape, Changed the oil & filter and replaced some switches (Headlight and Message panel) Driver's side running board is seized open passengers still operates. (Think I may just drop them and install some Westin 3" bars in the future) Gonna have to do the brakes and pads in the spring. Main issue right now is CEL came on and threw a P0420 code, bringing it to back to the dealer to have him unf*&k that next week. Even weirder this morning the light didn't come on.

Got tired of my multicolored and faded bumpers, so, made merry with the paint. 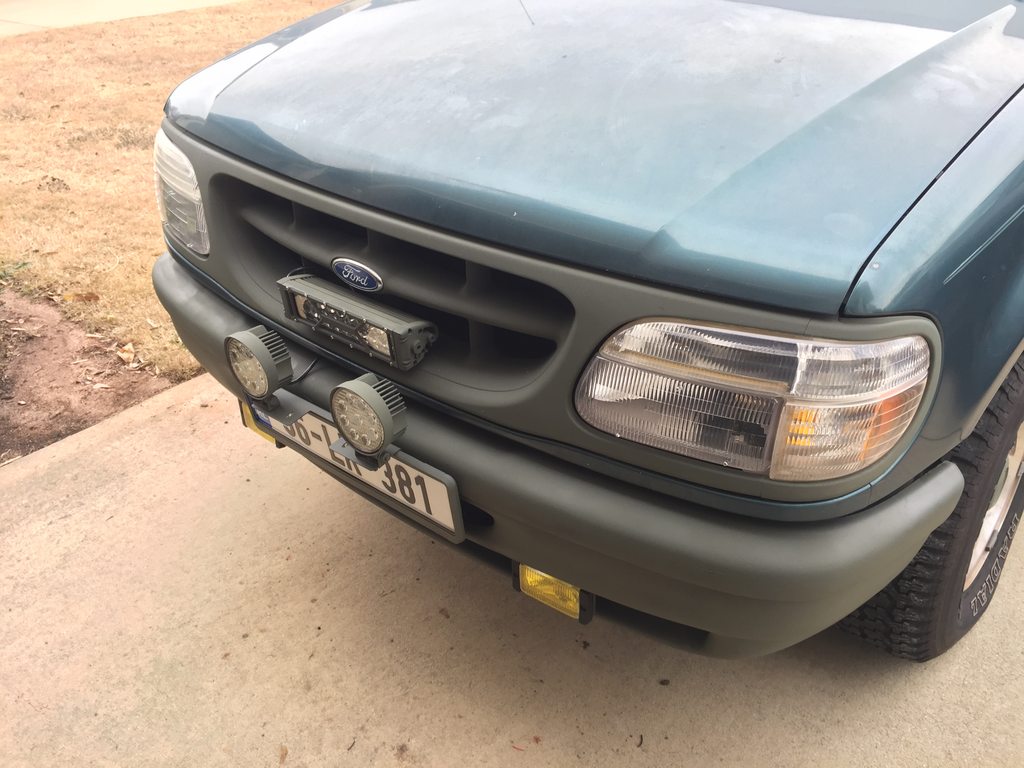 Dropped mine off for new ball joints & an alignment, and a new water pump and thermostat.
... Then crapped myself when they called with the quote.
1996 XLT 5.0L V8. 4x2.

Gave it a much needed wash then polished the headlight lenses (Big improvement). Then figured as long as I'm upgrading lights, might as well install the pair of lights that Gman so graciously donated to the cause. I had to polish them up with steel wool (A little surface rust) but once installed they are a definite improvement over the aux lights I had previously. I can see again!
2000 5.0 Eddie Bauer
BW 4406 TC Swap
TT 2" shackle lift
4.10 Lock-right locker
LT265/75/16 Toyo Open Country M/T
Dick Cepek DC1 16x8 wheels

Got a new set of tires installed today. Finally have all 4 tires matching!

What did you/your explorer get for Christmas?
2 3 4

What are you Cooking today?

G
How much do you pay to drive yours?