What is this light called, and what's the part #?

I have these small lights on my car. This picture is from a different car that also has them, but as I look at most explorers, they don't seem to have them. I have no clue what makes one car have them and another not (for the same year and same model). They seem to only light up when you unlock the car (until you start driving). My left one has taken a small hit and could use a replacement, but I can't for the life of me find it on any part website. Anyone have an idea? 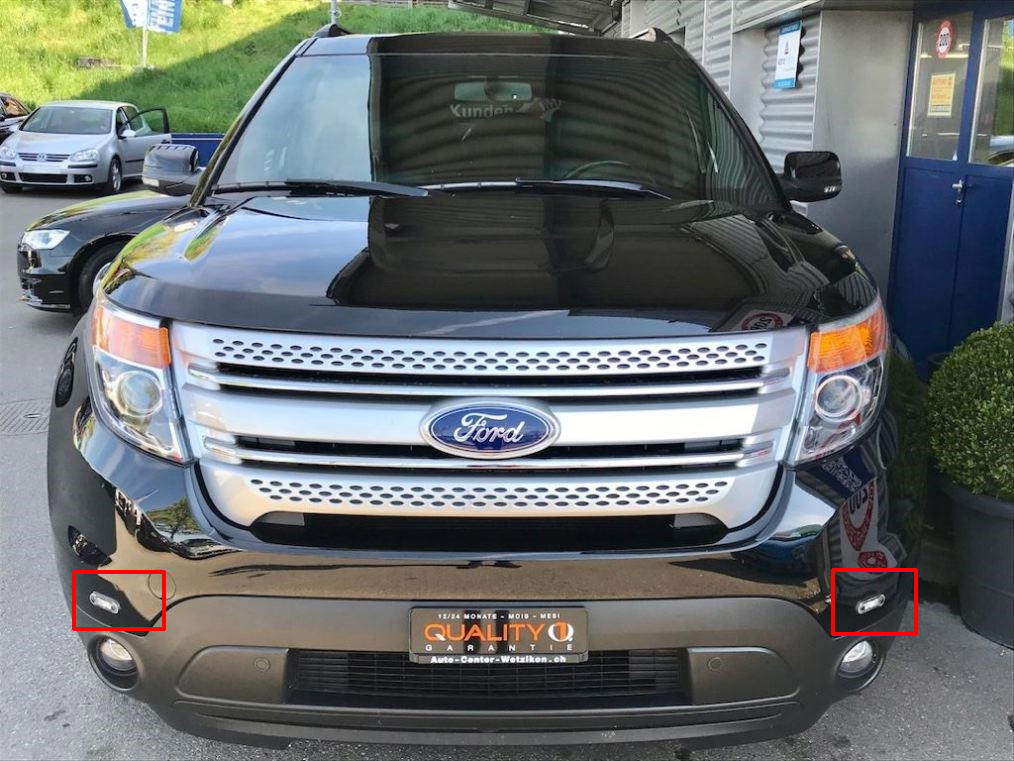 Those are not factory, it must be a dealer add on or an upfitter option.

Did you buy it new?

I think it is a European option. I have never seen them here in the USA.

Did you buy it new? Did you import it? Do you notice if all Explorers in Switzerland have them?

My bet is that it is an aftermarket puddle type lamp or some sort of compliance lamp. They don’t look factory. They certainly aren’t available on US market vehicles.

jo7hs2 said:
Did you buy it new? Did you import it? Do you notice if all Explorers in Switzerland have them?

My bet is that it is an aftermarket puddle type lamp or some sort of compliance lamp. They don’t look factory. They certainly aren’t available on US market vehicles.

I bought the car used, in Switzerland, but the car was imported. All US cars that are not on the EU market go through an import process where they do change out a few things (I assume, as the dash shows KM/h as main dial etc). It's very likely they were added as part of the import process, and when I look at the wiring it looks (A). a pain in the butt to access, and (B) factory. I've see them on a few "for sale" cars over here, but not all seem to have them either, especially not anything newer than 2013. I managed to get the import document from the company that does that, and it doesn't say much except that they did something with the "rear silencers" with strange part numbers, Ford F7-3617-L and Ford F7-3617-R (that google shows nothing for), so maybe they're from a totally different catalog. I may have to contact Ford EU and see.

My searching showed that F7-3617 is a Ford muffler.