Some of you may remember that I used to have a 1972 Dodge Dart which I drag raced. Well, I got the itch to get back into racing

Our new house is only 3 miles from the Speedworld racetrack and I can faintly hear them running the cars from our house. It was just too much for me to bare I haven't been doing much in the way of local fourwheeling, so I thought drag racing would give me something to do on the weekends.

A couple weeks ago I bought a 1970 Dodge Dart off of E-bay. The car was located in New Jersey, a mere 2500 miles from home I decided this was the right car for me mainly because I really needed to get out of the house on my own for a couple weeks and this was just the excuse I needed

The car is going to be stripped and repainted. It will get new quarter panels, at least one rocker, one floorpan, new door hinges, fiberglass hood, bumpers, and most likely trunk lid as well.

The new color will most likely be orange, but it just may end up being red, like my old one. Plans for it include a 650HP, 512 CI, big block Mopar and an automatic transmission. I'm just not sure if it will be from BB or SB or whether or not it will even be a Mopar I plan on ditching the torsion bar front suspension for an aftermarket K member which gives you rack and pinion steering, upgraded brakes, and the choice of coilover shocks or airbag suspension.

The rear end in the car right now is a trussed Mopar 8 3/4", with a three link suspension and coilovers. Pumpkin Pilot · 58
Born in Chicago transplanted to Phoenix. From one extreme to another!

Finished the leather covered arm rest for the console today. It's also the lift for the cover. There is a magnetic latch that keeps it shut tight. First burnout done. Check! I came to a dead stop and gave it a quick jab of throttle. It left two dark black patches. We're heading out to lunch in Char's car so I'll stop and take a pic.

After the burnout I stopped at the stop sign at the edge of the Chrysler Proving Grounds, and made my turn to head home. Wouldn't ya know there was a Sheriff's Deputy sitting in the school's driveway. Getting older has it's advantages. He didn't budge from his spot. Back in the day I would have been pulled over to have my rear bumper height checked at the very least You can see those tires were really heating up right about when you let off on the pedal.
1994 Explorer 4X4 XLT 4-door. Modified

I hadn't even realized how long the burnout was until I went back to look at it. It's about twice as long as I figured it to be. It was just a quick hit from idle, not even all the way down. Still getting used to this car on the road. It's a harsh drive, not soft and comfy like the '60 Dart. The most jarring part is the Caltrac traction bar pivots which move and it makes metal to metal contact with the leaf spring. It really bangs when I shift or hit certain bumps. I'm thinking about gluing a thin sheet of rubber to the leaf spring to quiet it.
Rick Horwitz, AB7FH "Serious Exploration's" Admin
Rick's '93/'98 Explorer "The Great Pumpkin"
Dodge Dart 512 Resto/Race
2004 Mustang Mach 1

Since we all share our problems here as well as our successes I thought I would let everyone in on what's going on with the Dart. I've only put about 80 miles on the motor since it's been together. I found that the engine begins to lose oil pressure after extended time at highway speeds. It's fine for short distances, and the pressure comes back up when I come to a stop and then restart.

The issue is too much oil is going to the cylinder heads and it's not able to drain back to the pan quickly enough. I'm hoping I didn't hurt anything. I never dropped below 30psi at cruise which is more than enough for 2000 rpm, but it's just not correct.

So the fix is to put oil restrictors in the cylinder heads. This morning I pulled the rocker shafts and began to tap an 8-32 thread for a drilled set screw which acts as the restrictor. It started off like butter. It didn't even seem to be getting tight before the damn tap snapped off in the passage

The only good out of this is that I am going to check the bearings just to be certain the low oil pressure didn't hurt anything. I would like the peace of mind knowing everything is going to last.

I'm really bummed, but at least I have plenty of time with zero events scheduled in the near future.

I didn't know they made those. Not cheap, but cheaper than having to pull everything and sending if off to a machine shop.
Thomas Davis
2001 Ford F250 Superduty and a 2014 Jeep JK Unlimited Rubicon

Man, that just sux. Did it snap flush, concave, or is there any protruding?

Sorry something like this has happened. I feel your pain.

"it will take a hour" they said

i think....no, i know we all have had our fair share of those moments that you stop for a second or two and really have to think hard about what you may hit when you throw that wrench in your hand for distance and not accuracy. im also guessing an extractor wont work either?

Man, that just sux. Did it snap flush, concave, or is there any protruding?

Sorry something like this has happened. I feel your pain. 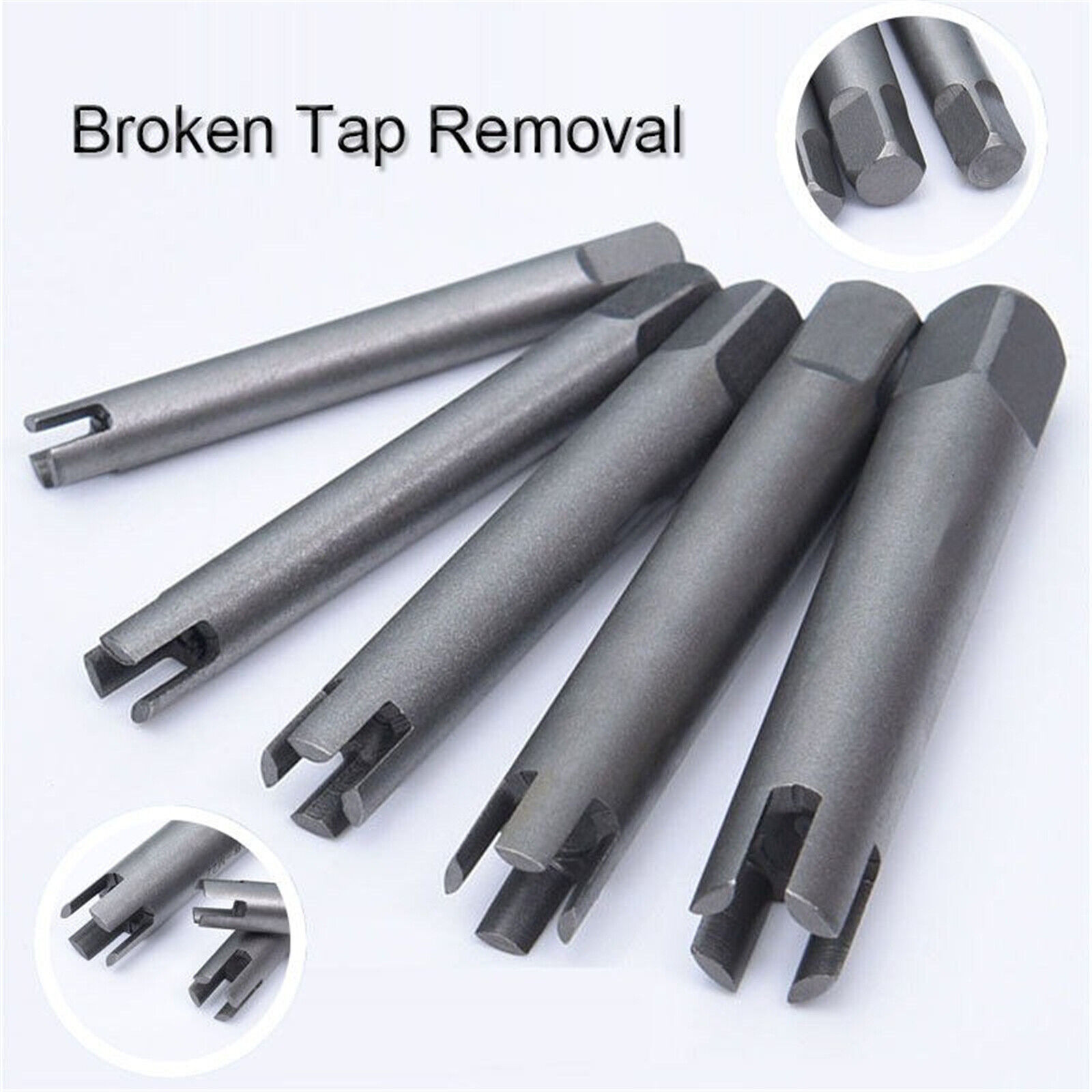 From the linked sale page:

"The smaller the extractor, the easier to break, the lower the success rate. "

Did you try to heat the surrounding area then insert a small needle nose pliers around the broken tap? Maybe a snap ring pliers might fit?
My list of useful threads. (Note) Some links in my list of useful threads are not functional since the Internet constantly changes.
My list of items for sale. Aerostar owners thread. Aerostar parts work in Explorers, Rangers, and Bronco II thread. History of the Aerostar thread.
Aerostar Forum. New Members Forum. Ford/Lincoln/Mercury Forum. Tools & Garage Forum.

Walton tap extractors might work, if you pick/ shop vac all the metal bits out, to get the armatures in around the flutes, to bite. I know they come in different size kits. Like 4-5 size extractors per kit.

Also heard of some product that dissolves a tap in about an hour, but can't recall the product name. Need to Google foo that.

Instead of restricting the oil going to the heads is there any way to open up the drain holes/passages so it can drain back into the crankcase faster?
Larger capacity oil pan?

Restricting the oil is the proper way. Too much oil makes it to the top end because of the roller bearing rockers as opposed to bushed rockers.
Rick Horwitz, AB7FH "Serious Exploration's" Admin
Rick's '93/'98 Explorer "The Great Pumpkin"
Dodge Dart 512 Resto/Race
2004 Mustang Mach 1

In other news, I finished the floor with carpet and floor mats.