Jay's '92 SAS on F150's | Ford Explorer - Ford Ranger Forums - Serious Explorations
Menu
Log in
Register
Install the app
You are using an out of date browser. It may not display this or other websites correctly.
You should upgrade or use an alternative browser.

Here in Nova Scotia, we mostly wheel in the woods and on the powerlines, where it's overgrown, muddy, snowy and dry in the summer.

I've previously done this same swap on a 2002 Xterra with an 8.8 and a '79 HP Dana 44, so I'm armed with some lessons learned from that project. Namely, the upper coils towers were too far inbound, so the coils had a slight angle, which ended up pushing the radius arms off the axle mounts due to sideways stress.

A few thing need to be addressed with my axle purchase;
I'll buy a Superlift adjustable track-bar instead of cutting and sleeving this one to fit. Superlift Track Bar

Hoping it should be a relatively simple swap since there's no IFS hardware to remove from the frame.

Goal is to;
Is there a coil bucket I can buy to use? 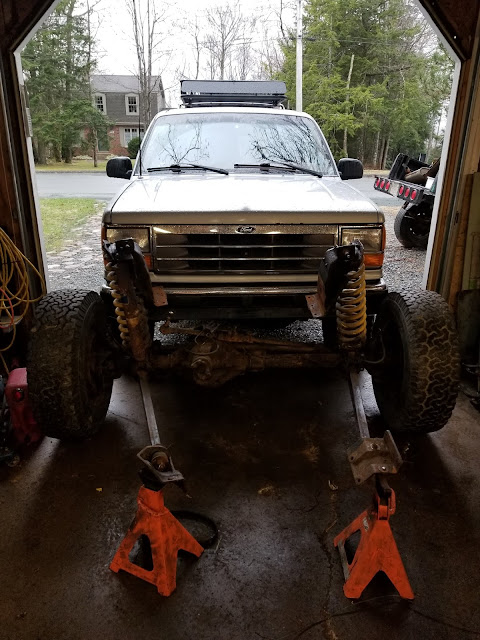 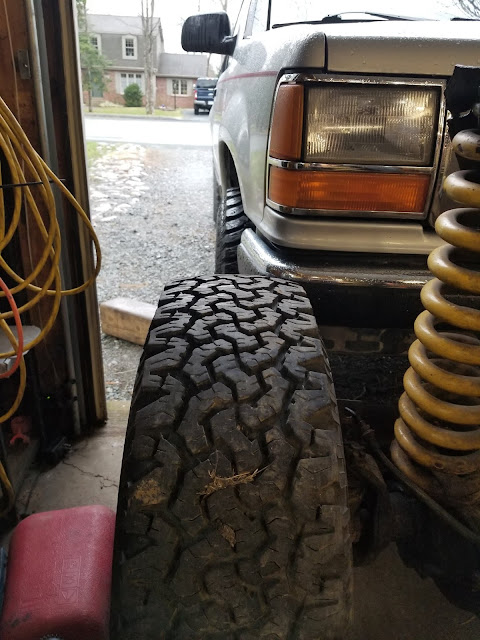 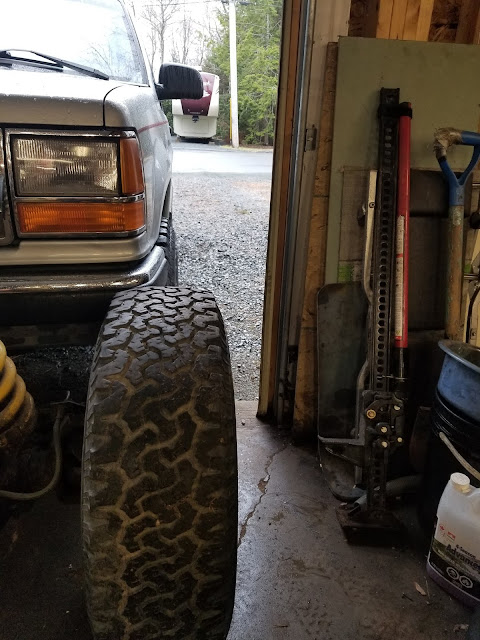 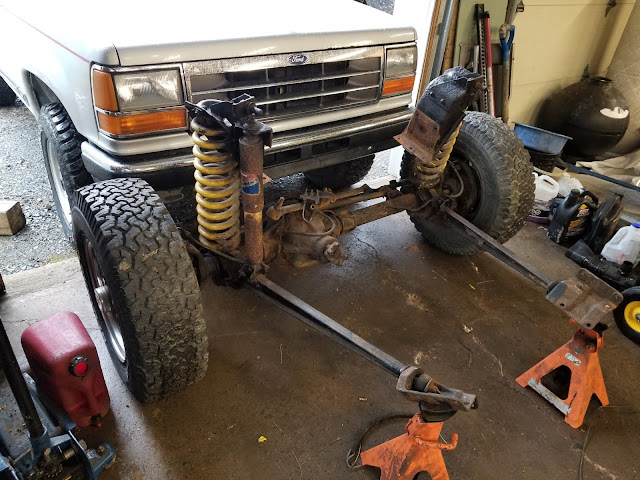 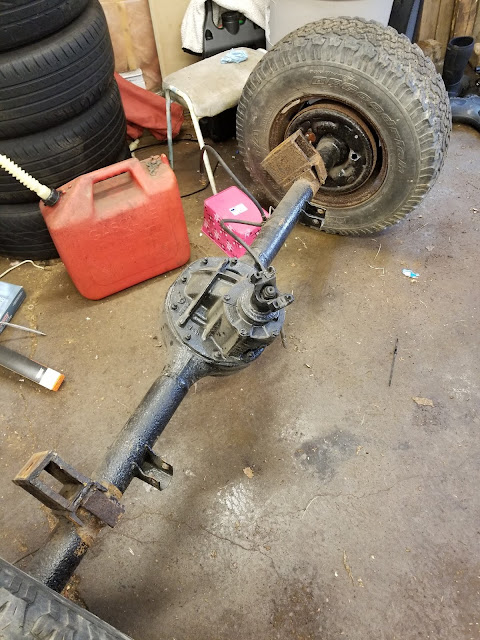 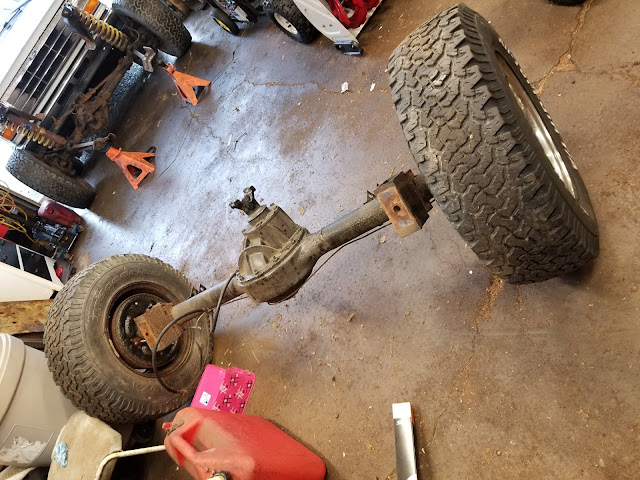 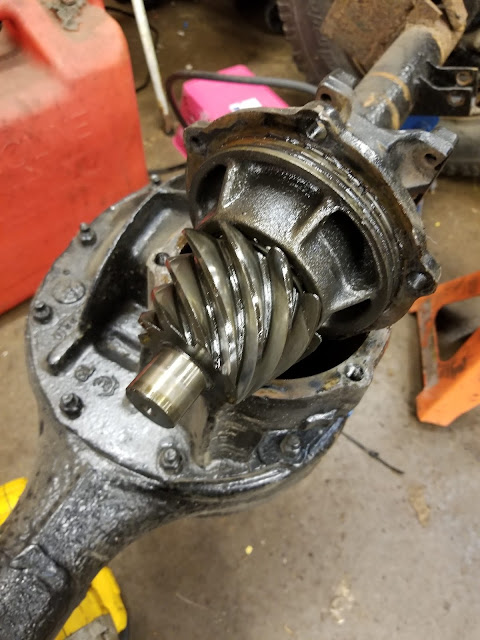 Started to tear into the front hubs ready to swap the spindles out for disks and to remove the broken axle shafts.
These hubs have different parts to the '79 axle.
Think I'm gonna need a lower coil mount too. 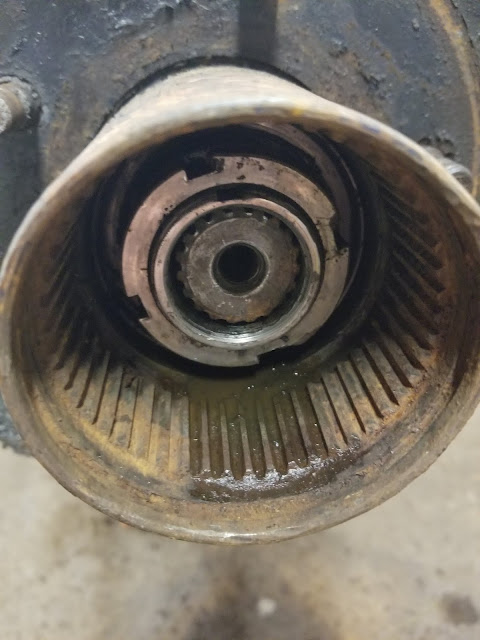 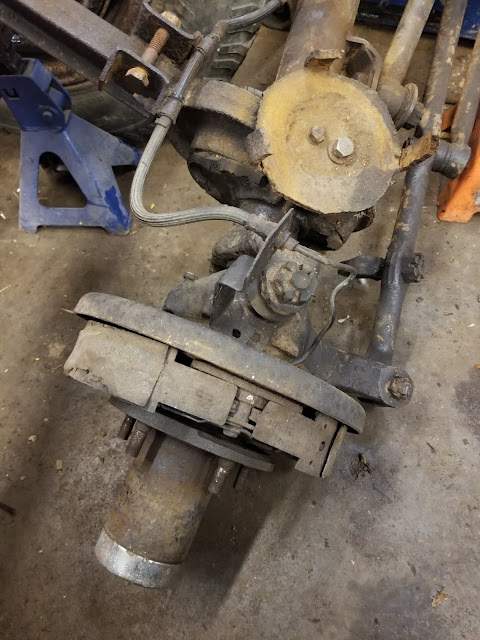 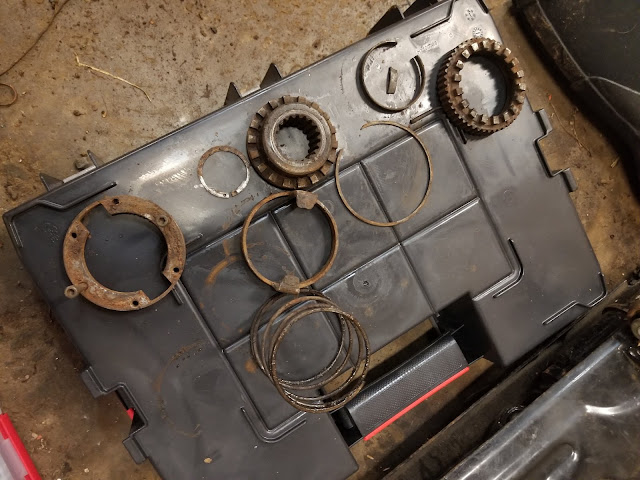 More tear down. This thing is in really good shape considering it's nearly as old as me.
Only broke 1 bolt...not too bad
Just waiting on buddy to get the disk brakes and replacement shafts, then I'll start on the Explorer. 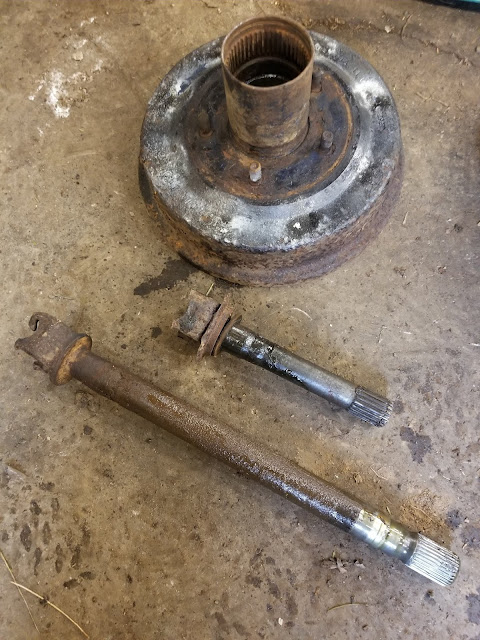 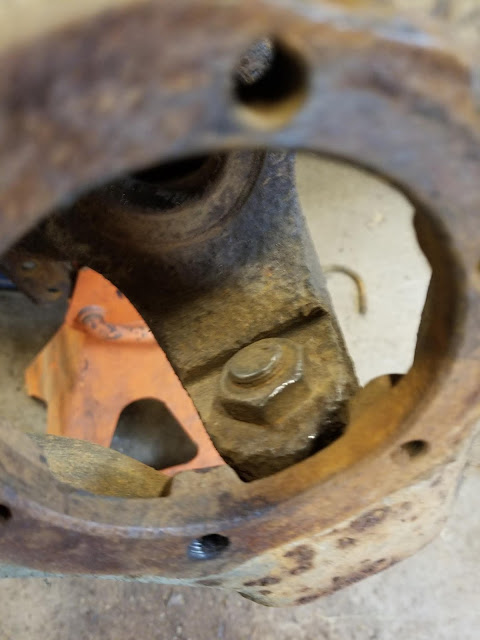 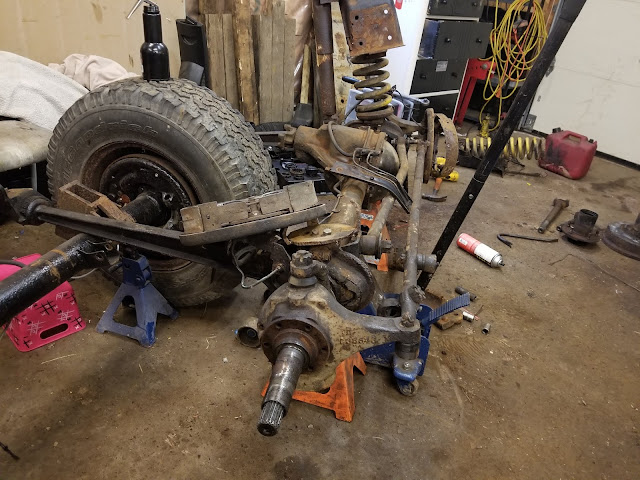 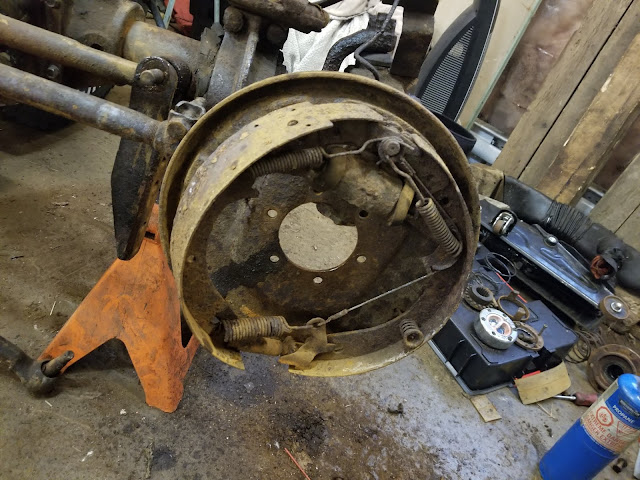 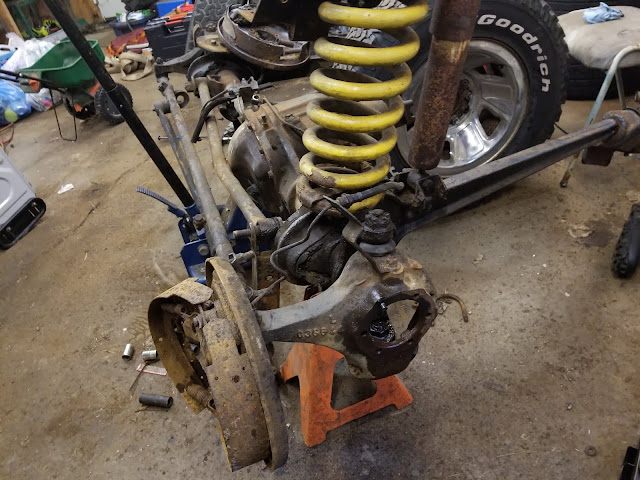 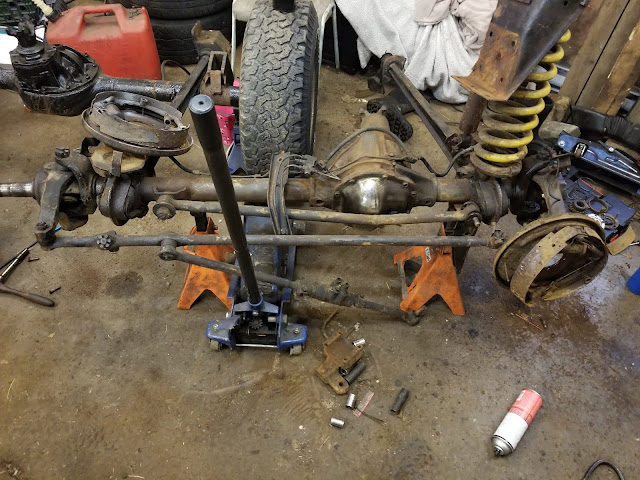 'C' and radius arm pivot bushings came in from Rockauto...like and idiot I only ordered 1 'C' bushing. I'm sure I'll be placing another order soon tho.